I currently use two different GPS devices which are both made by Garmin.  These are my first GPS devices as I only recently convinced myself that the money was worth the recording capability.  I am generally a very cheap person when it comes to buying stuff.  I usually purchase the least expensive item as well, and later end up paying for it in longevity or overall quality.  As I get older and our money management gets better, I have trended to buying more expensive items according to quality.  Thus my cycling computer was chosen due to thousands of reviews and a perfect fit in my Form/Fit/Function requirements. 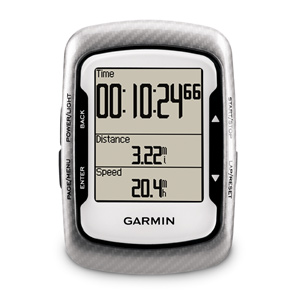 This Cycling GPS just works.  I rarely have to think about it, and find it more reliable than the more expensive watch I use.  I have never had it freeze on me.  I find it really intuitive and really good at what it was intended to do.  In the current trend of making everything with a million features while having a touch screen to boot, the simplicity and robustness of the Edge 500 might be why it is still used heavily on the TdF almost 5 years after market release.  Some of the areas where I find it lacking or slightly undesirable are in its course feature, the readability in sunlight, and with data uploading.  Other than that this GPS unit is great.  I am eagerly waiting for Garmin to come out with a new rendition of this computer, but until then, I love this one. 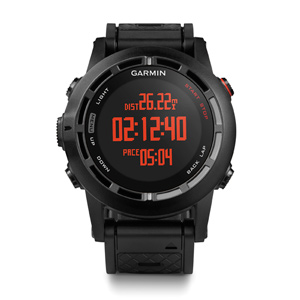 Without really knowing it, I was waiting for a watch to come out with these capabilities for a long time.  Considering that my major hobbies include triathlons, backpacking and fishing, this watch fits my niche almost perfectly.  So far, I really enjoy the capability of this watch, and continually find new ways of tweaking the format to optimize it’s use to my liking.  I am also impressed with the firmware updates correcting the issues I have noticed.  For example, when I first started using the watch for guidance through run or cycling workouts, it would only warn me on pace/HR/speed limits during the first programmed step of the workout.  After that you would have to govern yourself according to the guideline.  Now, however, Garmin has fixed that issue, and the watch will warn you (ie vibrate when limit is triggered) throughout the workout.  One of the areas this watch does not shine is in the display in general.  During sports, data on this watch can sometimes be a pain to read.  There are more issues and benefits with this watch that I could spend a lot of time discussing, but Ray Maker did a sufficient job in his review.  Suffice it to say, I am pleased with this watch, and use it daily.  I intend to use as many features in this watch as possible in the coming years.

If you have any questions about the operability or functionality of any of my current GPS devices, feel free to ask it in the comments. Thanks for stopping by.

For the last few years when the subject comes up that I do triathlons, I almost assuredly hear a unpetitioned excuse for why “they” don’t do triathlons.  I bring up the topic as little as possible, but inevitably when discussing what occurred over the weekend it is hard to omit the time spent training or less so of a race weekend.  I don’t bring up the topic because the description of my hobby could be seen as bragging by some, and though I am proud of my achievements, I don’t usually like to dwell on them.  And aside from what the underlying meaning and connotations of a personal blog are, I don’t like talking about myself too often (typing about myself is much easier and I use this as more of a journal than anything else anyways).  So when I come upon this conversation I usually let it run its course and try not to respond.  I am not always seeking converts however healthy, fun, rewarding, or life changing triathloning may be for me.  The conversation usually goes like this:

Me:  “Oh yeah, I guess I’ve never mentioned that I do triathlons as a hobby.”

Them:  “Why?” (sometimes this question is more colorful)

Me: “I enjoy the training, it keeps me fit, and accomplishment really drives me”.

Then for whatever reason they either give me an excuse for why they don’t, or simply congratulate me or berate my sanity (that’s cool/good for you/you’re crazy) and the conversation moves on.  What I find interesting during this conversation with the people who give excuses is that not once did I champion the cause for “them” to start doing triathlons.  It is “they” who internally play the excuse/justification game, and I am just there to hear the outcome.  Evidently they have seen that I am not a stereotypical endurance athlete in build or any other associated character trait, and figure that if I can, they can.  They might ask a few follow-up questions regarding my insanity or motifs, but ultimately these people bring in the “don’t try to convert me” excuses.  Here are the ones I hear most often along with my rebuttals.  The rebuttals are weak at best cause I don’t care that much if you do pick up the sport or not.  Without you in the fray, I might not get kicked in the teeth during the next OW, or I might luck into a AG podium, so stay away if you choose.  I just feel the requirement to give rebuttals.

Yeah, I know, neither can I, at least not fast.  I understand this fear and excuse.  I gave it myself the first time a triathlon was suggested to me.  In reality it has taken me close to 5 years to become fully comfortable in the water.  I really didn’t like swimming.  I didn’t understand the breathing rhythm required.  I didn’t even like swimming when using floatation devices.  If swimming is the only hangup, just try it.  Go to the local pool and attempt one length of the pool without stopping.  If you can do that, you are further along than I was when I started.  Also, swimming is the least stressful sport of the three physiologically, and returns many benefits.  I am now to the point that swimming non-stop for an hour is not only possible but sometimes enjoyable.  I also need less recovery time after such a workout due to the minimal physical stress my body endures.  Even if you weren’t to take up triathlons, I would still argue that swimming for exercise is a good idea.   However, even as swimming has become more enjoyable for me, I am still slow.  My thought process with swimming has always been one of “get through it”, and consequently to date I have spent little to no time in the pool with speed drills or intervals to become faster.  I might do that this off-season. Might…

My rebuttal for this one is simple: borrow one!  Everybody knows someone who has a bike not being used.  For your first triathlon, the type of bike doesn’t matter either.  I have seen a Mt. Bike at every single race I have ever done.  Every time I see it, I think the same thing, “Awesome!”  Honestly, if you do a triathlon, and catch the bug, you will eventually find the money to buy a bike.  You don’t need an expensive one either.  One of the fastest bike splits I have ever seen was done on a 30-year-old steel frame road bike slightly modified for triathlon usage.  It set that person back $135.  “It’s not about the bike”, and whether or not you attempt a triathlon shouldn’t be either.

I hear you.  I don’t either.  I never have.  Even when I get into a good zone and tune out the lazy man in my head, running is still only moderately enjoyable for me.  Some of the modifications that I have made to make running more enjoyable include pace and route variation.  I also enjoy listening to music, podcasts, or audiobooks.  Another reason I don’t enjoy running is because I am not fast.  I am incredibly average in pace.  However, listing all those negatives, the most fulfilling workouts from exertion/endorphin standpoints will almost always come from running.  Connected to that, it is the best method of burning calories.  Also, for beginners, running is the sport which will show you the most improvement in the shortest amount of time.  Improvements in running are also much more beneficial for your overall time than improvements elsewhere.  A common euphemism in triathlon is that you “Ride for show, Run for dough”  (stolen and adapted from a golf euphemism).

Really? Is this even a liable excuse? I only spend 3 to 7 hours a week training and half a saturday morning once a month during the summer for a race.  I personally think that you could find that excess time between the couch cushions.  In essence hobbies are just what you make of them.  Prioritization is important in a well-balanced life, and at times I find myself pulling in the reigns for my sanity sake, but I really dislike the lack of time excuse.  Twenty years ago if someone would have asked us to spend over 20 hours a week staying in contact with friends and acquaintances on the world-wide web, we would have also declined with the same excuse.  It seems simple that if you want to pick up some more hours in the day, you could take them from the social media time killer vacuum.

Yeah, I agree it is hard, but I imagine you’ve done something that took more effort at one point or another in your life.  Maybe not physically, but it is a good method of testing yourself.  Start out slow and small.  Do mini mini triathlons to see how it feels, and hey if the accomplishment of finishing one doesn’t fuel you to do another, now you know, and you can move on.  Challenging yourself on a routine basis is essential for life enjoyment.  So why not Tri?  Thanks for stopping by.